According to the “2022 Mid-Large OLED Display Semi-Annual Report” recently published by UBI Research, shipments of OLED for IT such as tablet PCs, monitors, and laptops are expected to reach 48.8 million units by 2027 with an annual average growth rate of 39% from 9.5 million units in 2022. 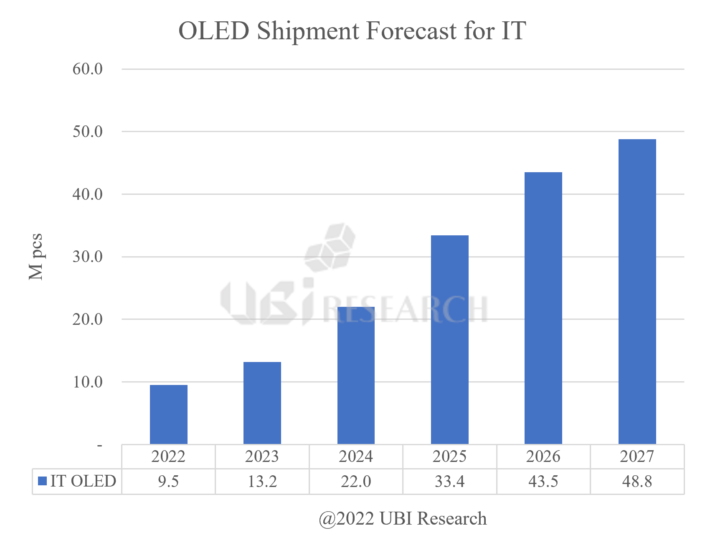 In addition, as Apple plans to adopt OLEDs for some iPad series, Korean and Chinese panel companies are expected to invest in OLED lines for IT. Samsung Display, LG Display, and BOE are planning to invest in new 8.7th generation lines and Visionox recently ordered vertical vapor deposition machines for R&D on the V3 line, which is the sixth generation line.