You are here: Home / Technology 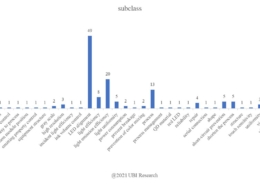 June 23, 2021
The reality of QNED (quantum dot nano-rod LED), which Samsung Display is preparing as a next-generation display, has become clear. As a result of analyzing 160 patents applied by Samsung Display, it was confirmed that the structure constituting the QNED has already been completed, and that the only remaining task is to keep the number of nano-rod LEDs arranged in the light-emitting pixel constant.
END_OF_DOCUMENT_TOKEN_TO_BE_REPLACED
https://en.olednet.com/wp-content/uploads/2021/06/2106.jpg 726 1454 olednet /wp-content/uploads/2015/09/logo_oled.png olednet2021-06-23 17:12:572021-06-25 17:13:34How far has QNED completed? 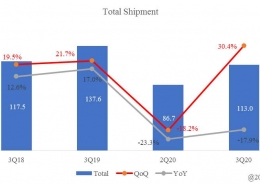 December 1, 2020
As smartphone makers, including Samsung Electronics and Apple, increased the use of OLEDs in flagship models, the growth of the OLED market, which had been rapidly growing, has been braked. The third quarter of each year is the season with the best OLED performance for smartphones due to the launch of a new iPhone. According to the display market track of UBI Research (www.ubiresearch.com), in the third quarter of this year, 113 million units were shipped, an increase of 26.3 million units compared to 86.7 million units in the last quarter, showing a growth of 30.4%. However, this figure is due to an optical illusion. The reason is that the results in the first and second quarters were very poor compared to before due to COVID-19.
END_OF_DOCUMENT_TOKEN_TO_BE_REPLACED
https://en.olednet.com/wp-content/uploads/2020/12/3qdisplay.jpg 351 673 olednet /wp-content/uploads/2015/09/logo_oled.png olednet2020-12-01 14:11:332020-12-01 14:27:23OLED Market Enters Adjustment Period from Rapid Growth 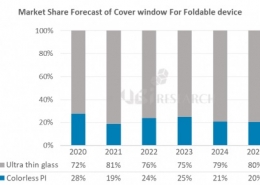 October 26, 2020
The cover window material of Samsung Electronics 'Galaxy Z Fold 2' which will be released in the second half of this year, is UTG like 'Galaxy Z Filp'. The reason why Samsung Electronics prefers UTG is analyzed for its sense of luxury, differentiation, and sensitivity for the touch pen expected to be applied in the future. In 2021, the market for over 10 million foldable phones is expected to expand, and the main cover window material of Samsung's foldable phones will be UTG. To respond to this, Dowooinsys should increase their capacity.
END_OF_DOCUMENT_TOKEN_TO_BE_REPLACED
https://en.olednet.com/wp-content/uploads/2020/10/fig1-450x291-1.jpg 291 450 olednet /wp-content/uploads/2015/09/logo_oled.png olednet2020-10-26 17:11:552020-11-20 12:47:24Samsung Electronics’ foldable smartphone to be released in 2021, with touch pen and UTG thickness different? 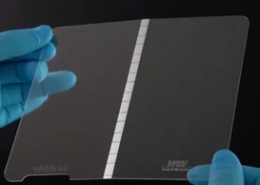 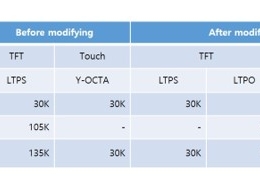 December 17, 2019
Since Samsung's Galaxy S8 and Apple's iPhone X launch, smartphones with the Home button removed have become a trend in the smartphone market. Due to the nature of smartphones that cannot grow indefinitely, display sizes with a large proportion within limited smartphone sizes are directly related to the competitiveness of smartphone set makers.
END_OF_DOCUMENT_TOKEN_TO_BE_REPLACED
https://en.olednet.com/wp-content/uploads/2019/09/19091101-845x520.jpg 520 845 olednet /wp-content/uploads/2015/09/logo_oled.png olednet2019-12-17 10:04:072020-04-03 21:51:38The next full-screen display trend is the under-display camera 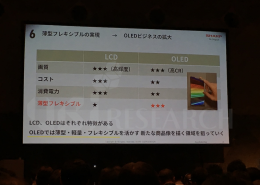 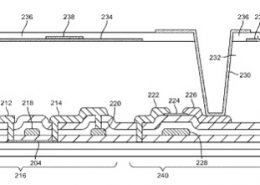 November 22, 2018
Plane source technology, which was first developed by OLEDON in the world, has the principle of depositing the first organic material on the metal surface and evaporating it upwards to produce fine pattern of 2250 ppi, which is ultrahigh resolution. In this plane source process, three processes such as the first deposition, the plane source inversion, and the second evaporation are necessary, and the number of the high vacuum chambers is increased when the mass production is applied. The belt plane source FMM deposition technology introduced by OLEDON has a concept of carrying out the above processes at a time in one evaporation equipment. This is a continuous plane source supplying deposition technology in which the metal surface is formed in a belt shape.
END_OF_DOCUMENT_TOKEN_TO_BE_REPLACED
https://en.olednet.com/wp-content/uploads/2018/12/Tlqkf.png 445 608 olednet /wp-content/uploads/2015/09/logo_oled.png olednet2018-11-22 16:17:402020-04-03 22:11:35OLEDON, is to announce belt-plane source deposition technology for manufacturing ultra-high resolution and ultra-area OLED 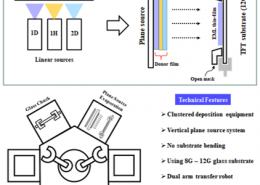