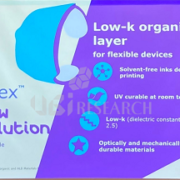 Touch of flexible OLED for smartphones is divided into add-on and on-cell. Add-on is a method in which a touch electrode is formed on the top of the film and the touch film is adhered to the top of the encapsulation layer through OCA.

On-cell is a method in which touch electrodes are created directly on the encapsulation layer, and is a mainstream technology applied to Samsung Electronics’ “Galaxy” series and Apple’s “iPhone” series.

The on-cell method reduces material costs because it creates electrodes directly without using films and OCA, while the absence of films and OCA shortens the distance between touch electrodes and TFT, increasing signal-to-noise (SNR). 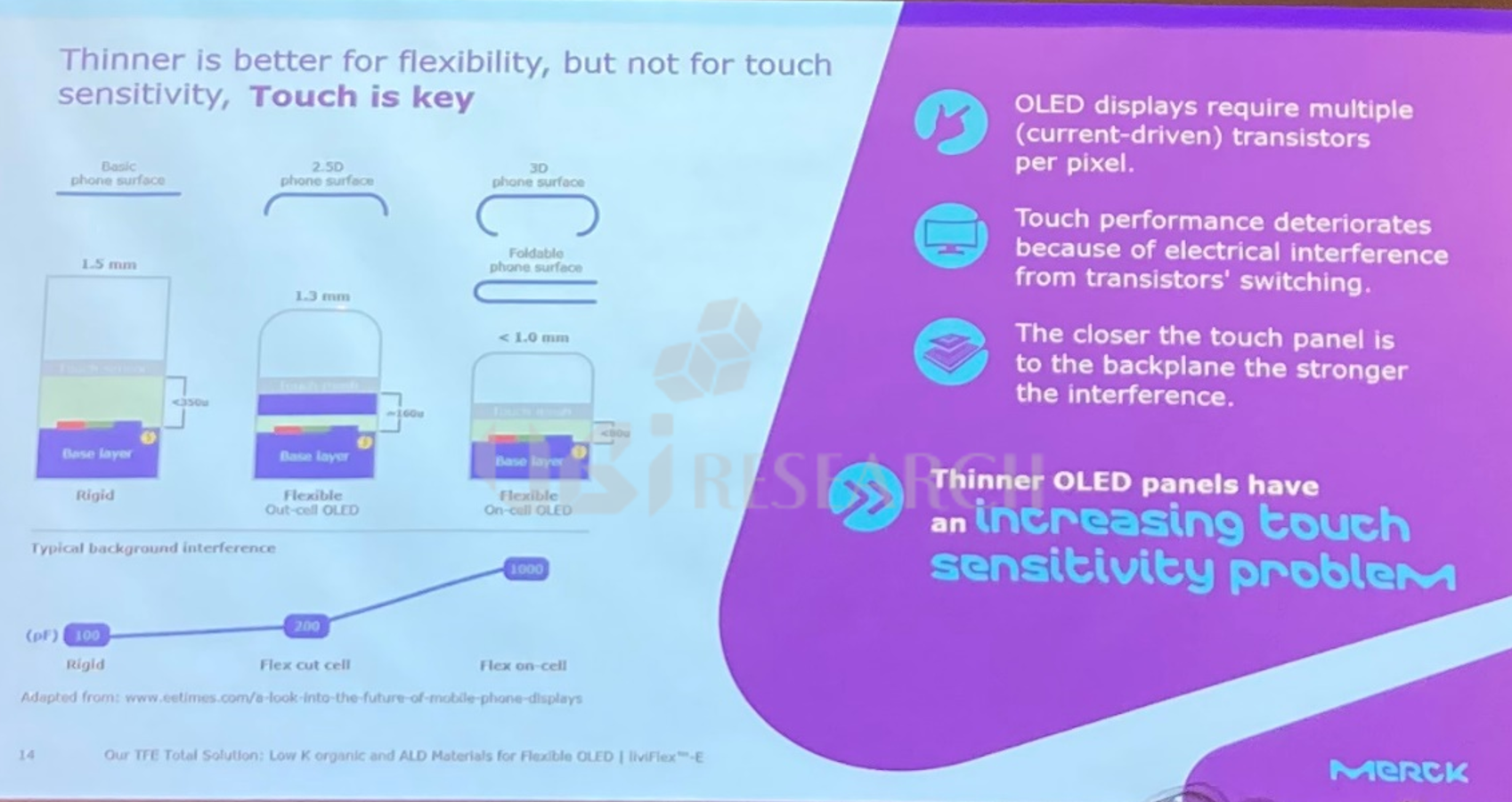 Merck, Low-K Organic Materials for TFE(Second half of 2022 OLED Seminar)

Merck noted that blocking noise from TFTs is ultimately the role of organic matter, which occupies the thickest part of TFE, and revealed that it has developed a sample material available in the N2 environment. 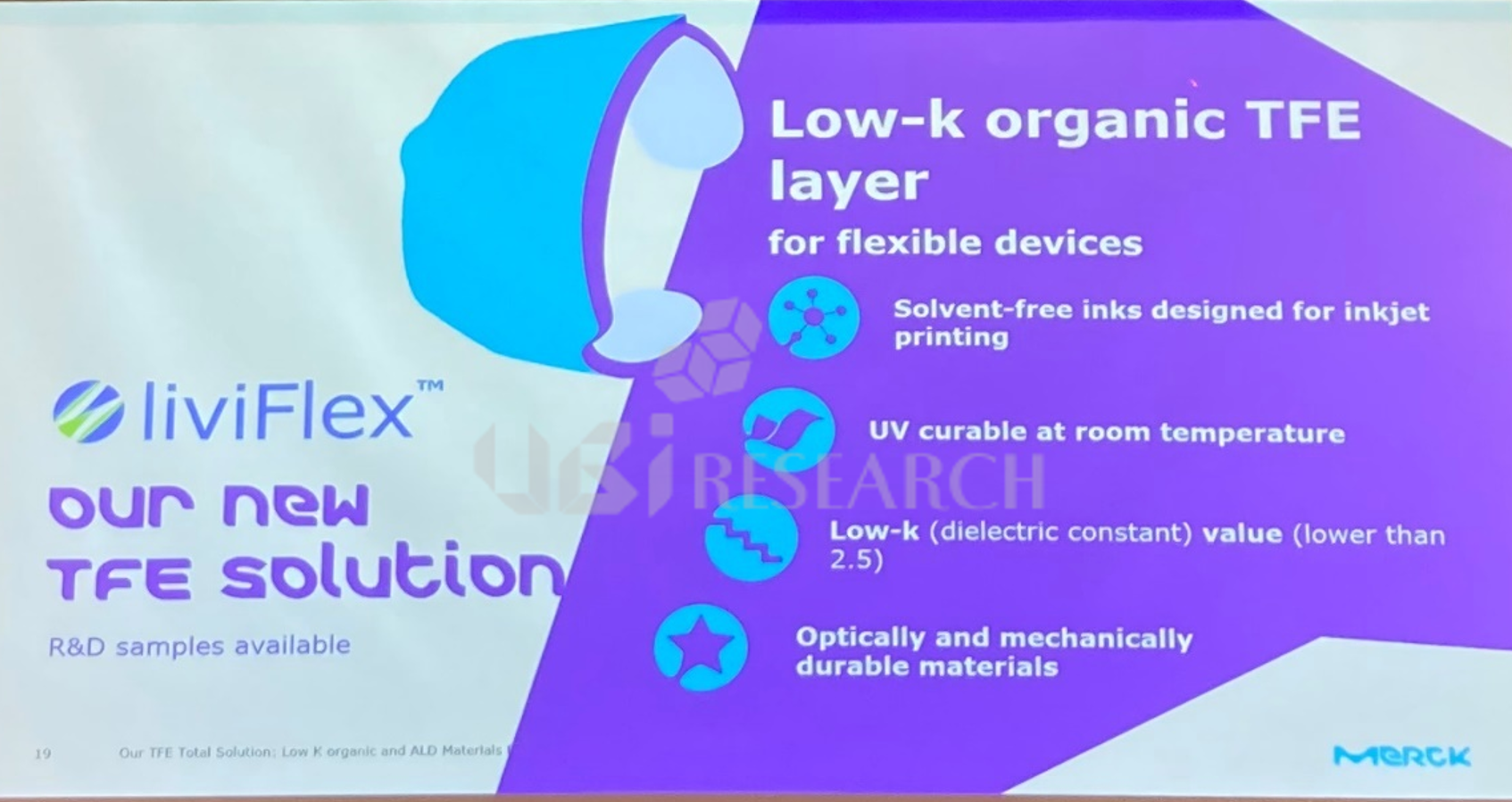 Merck, Low-K Organic Materials for TFE(Second half of 2022 OLED Seminar)