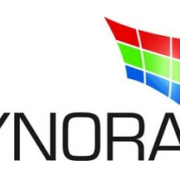 CYNORA, a leader in TADF (thermally activated delayed fluorescence) materials for OLEDs, has reached new performance records with its newest blue emitter material. With the current performance, the company is getting close to commercialization of its first product by the end of 2017.

Despite urgent requests by the OLED display panel makers for a high-efficiency blue emitter material in the last few years, no material supplier has yet been able to produce such a material. High-efficiency blue emitters are needed to reduce power consumption and increase the display resolution further. At SID 2017, CYNORA presented a blue emitter with a performance that was very close to the requirements of the panel makers. Using TADF technology, the company has achieved 15% EQE at 1000 cd/m² with an emission peak at < 470 nm and a LT97 of > 90 hours (at 700 cd/m²) on a device level.

“CYNORA’s latest patent-protected materials show a performance in the range of the customer´s specifications for blue” said Thomas Baumann, CYNORA´s CSO, “This is the best overall performance of a high-efficiency blue emitter so far from what CYNORA has seen. In the finalization of CYNORA’s product development, CYNORA will now focus on moving the emission peak slightly towards 460 nm.”

“CYNORA’s progress in the last few months makes us very confident that CYNORA can commercialize CYNORA’s first highly efficient blue emitter by the end of this year, as planned” said Andreas Haldi, CMO at CYNORA. “But CYNORA’s goal is to become a leading OLED material supplier by providing emitters of all display colors. Therefore, CYNORA is planning to follow up on the blue emitter with a green emitter by 2018 and a red emitter by 2019.”