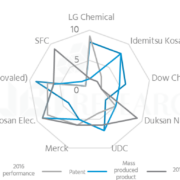 UBI Research analyzed the competitiveness of major 9 emitting materials companies based on their sales figures of 2016, the number of applied or registered patents in Korea, the number of the materials being supplied to the products of display companies, and 2017 forecast revenue. (Source: 2017 AMOLED Emitting Material Market Report, UBI Research) 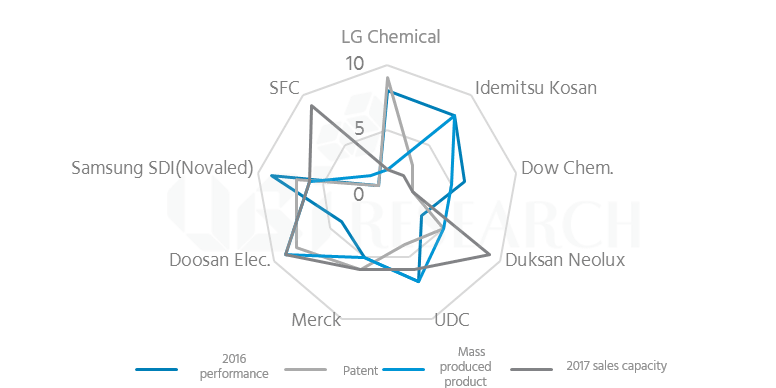 The result showed that the highest competitive company was Doosan. The reason for this is that it has the greatest sales performance and the highest number of manufactured products, and its patent activity is second largest after LG Chemical. Doosan has straightly increased 7 steps, in comparison with the order analyzed last year.