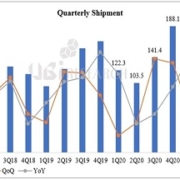 In 3Q, Samsung Display’s 6G LTPO TFT line capacity is expected to be increased to 60K units. LG Display decided to invest $15,000 in the LTPO TFT line for P6 ph3. The expected equipment installation time is the second quarter of 2022. BOE’s B15, which reviewed the investment in the 6G flexible OLED line, was changed to the 8.5G line for IT manufacturing. Revenue and shipments are expected to increase in the second half of 2021 with the mass production of Apple’s iPhone 13. 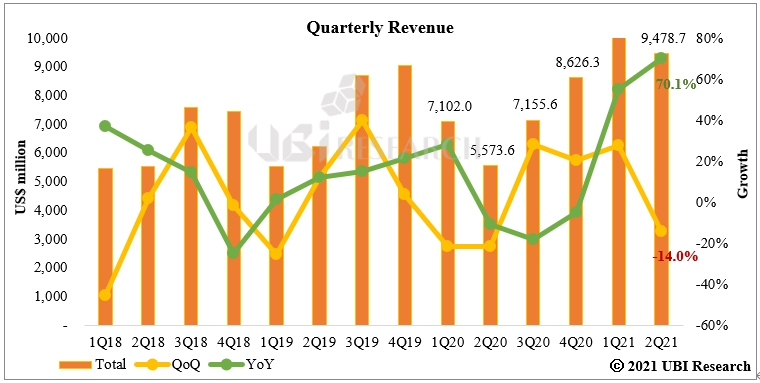 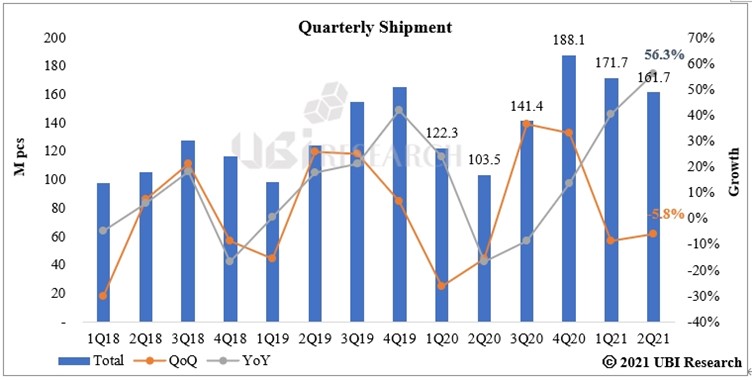