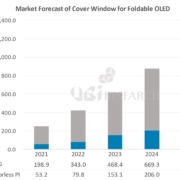 The biggest difference between flexible OLED and foldable OLED will be the cover window material. In terms of price competitiveness, various Colorless Poly Imide (CPI) are superior to suppliers, but in the end, the cover window market is expected to depend on which material Samsung Electronics and Apple choose.

Samsung Display plans to supply only foldable OLEDs using UTG (Ultra Thin Glass) to Samsung Electronics and other China this year, and is expected to adopt UTG as the main cover window material in the future.

BOE and CSOT currently focus on transparent PI, but they are securing technology by continuously collaborating with UTG-related glass processing companies. For this reason, according to the UBI Research component and materials market track, UTG is expected to occupy 80% of the market for foldable cover windows in the future, and transparent PI is low in price and easy to apply to products larger than 10 inches As a result, it is expected to be applied to low-end models, tablets, and notebook models. 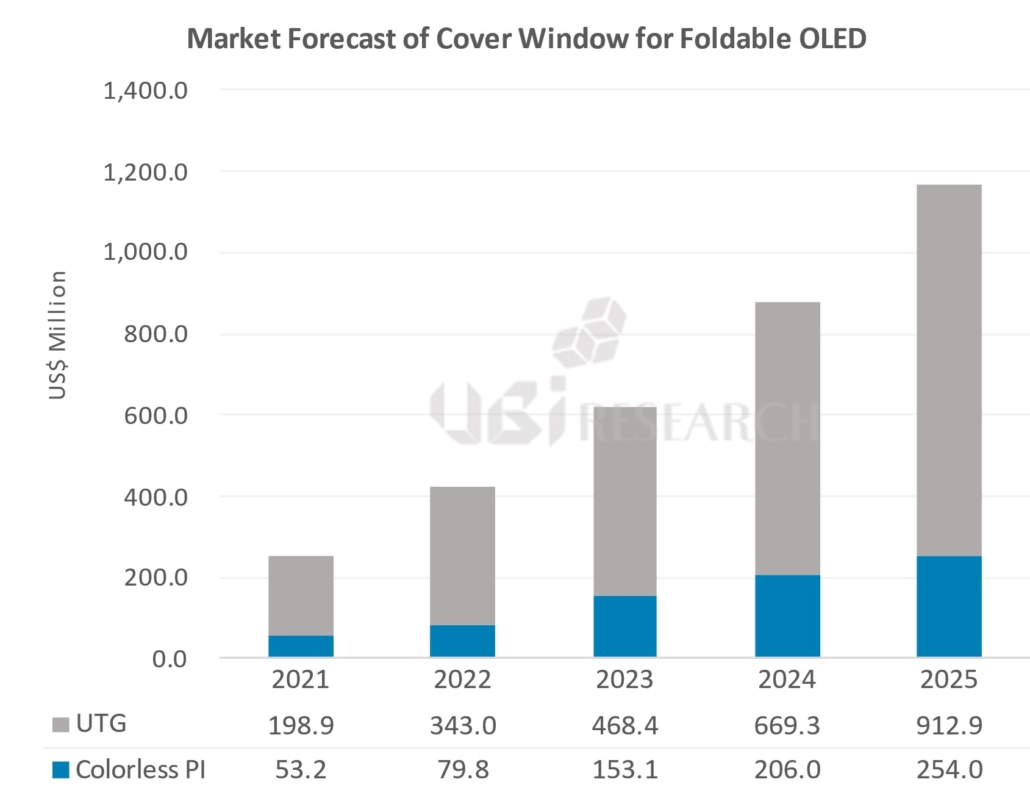 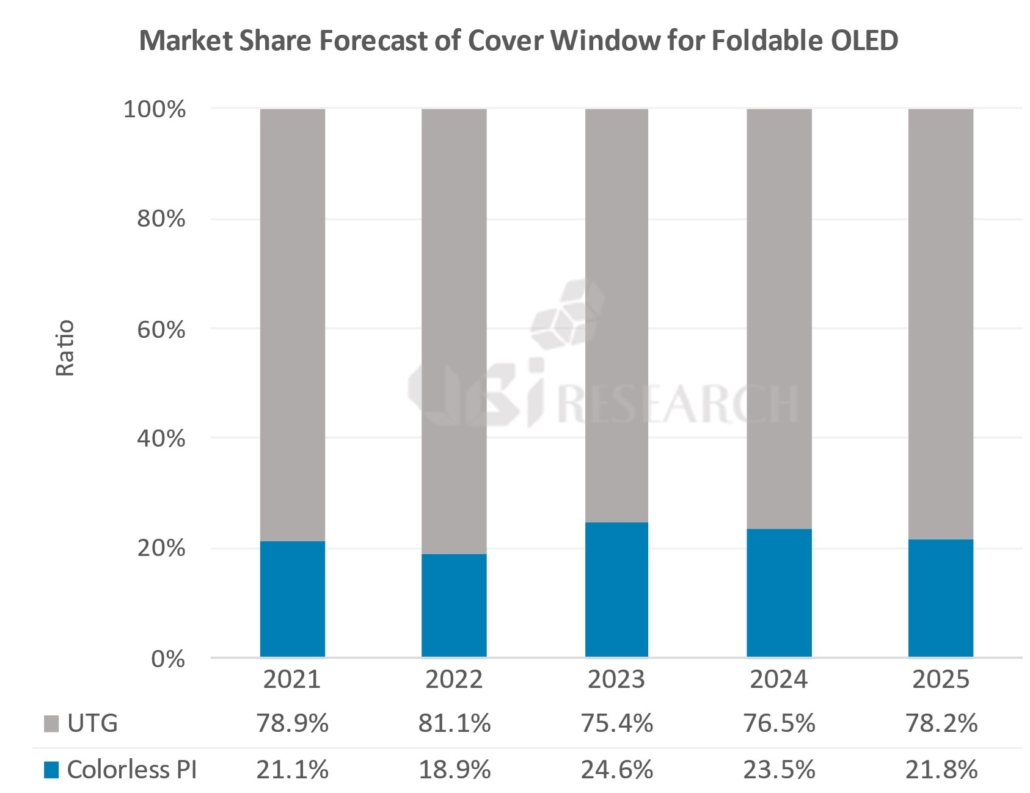 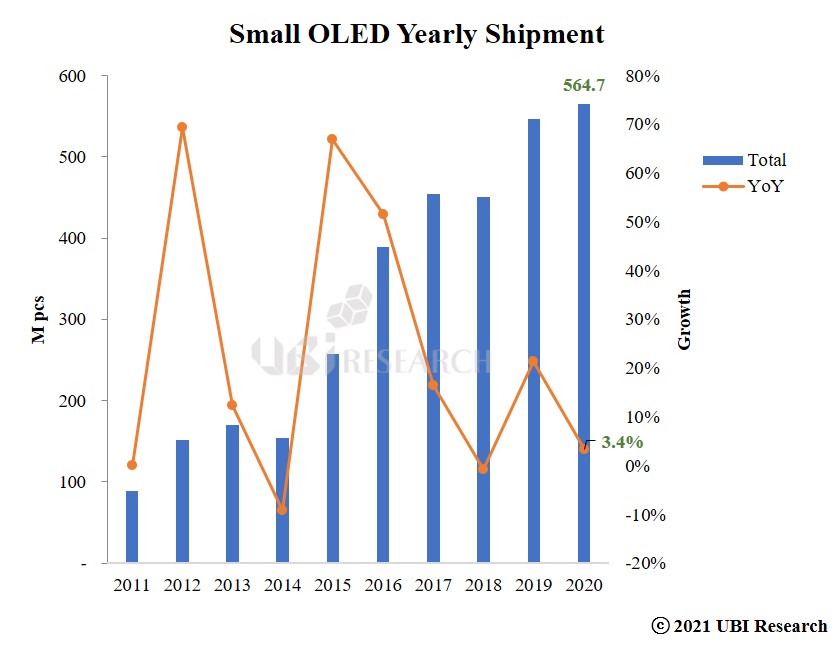 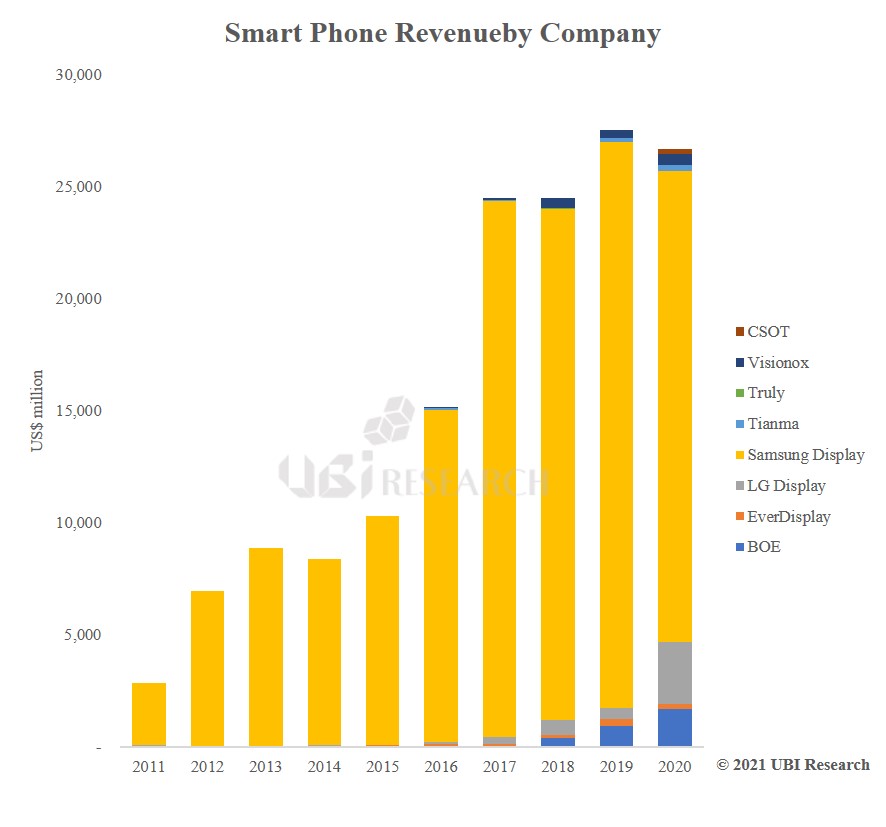 In addition, LG Display, a leader in P-OLED supplying in the automotive field, is planning to supply plastic OLEDs for automobiles to German car makers by producing premium OLED panels, and Samsung Display is also supplying OLED panels for vehicles.

According to the 2021 middle and large OLED annual report published by UBI Research, the total sales of middle and large-sized OLEDs in 2020 was $3.882.7 million, and last year was $2.63 billion, an increase of 40.2% from the previous year. By application, the notebook and automobile markets have increased remarkably, and the notebook, monitor, and automotive product markets are expected to grow in 2021.

Samsung Display’s QD-OLED mass production is expected to be around December 2021, and 65-inch panels are highly likely to be used by Sony. Samsung Electronics is expected to receive only 32-inch QD-OLEDs for monitors, not purchasing 65 inches.

LG Display’s 2020 TV OLED panel shipments were counted to 4.4 million units, and if the Guangzhou plant operates at 90K from the third quarter, the production capacity will reach 8.5 million units in 2021. 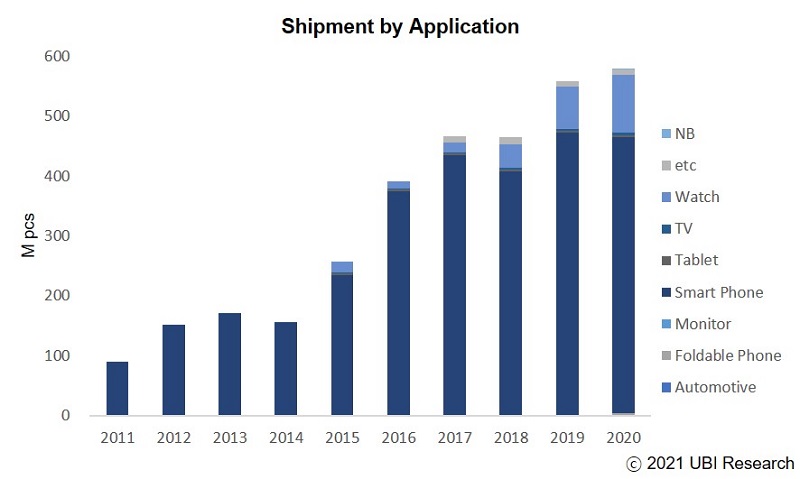 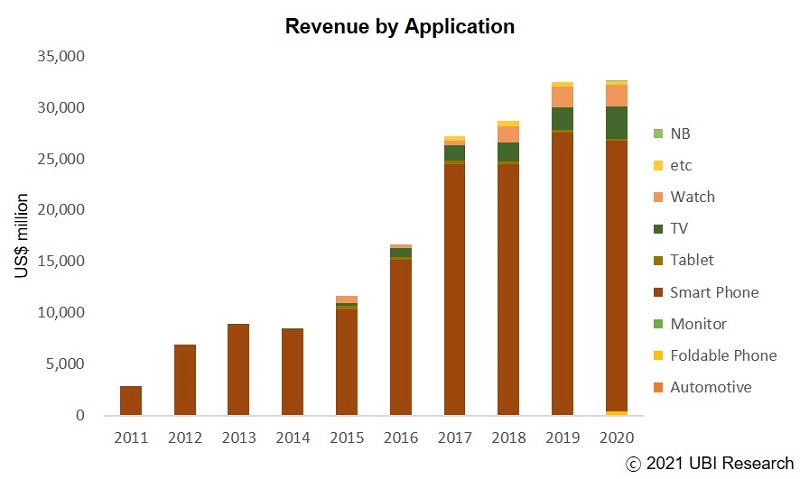 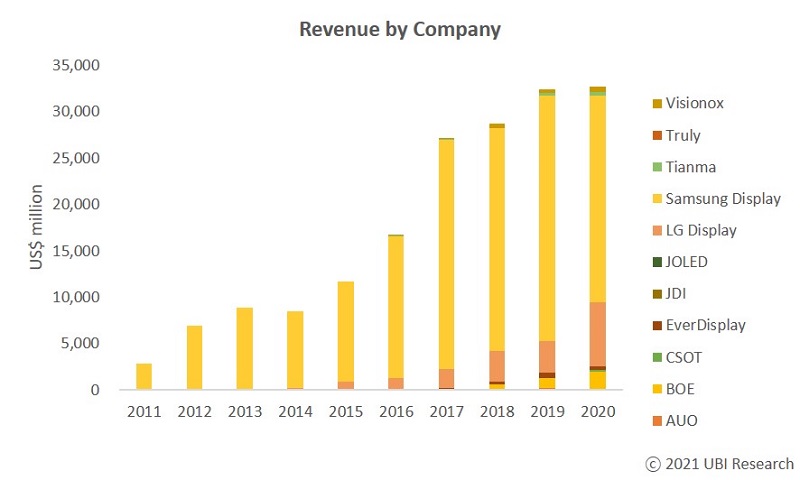 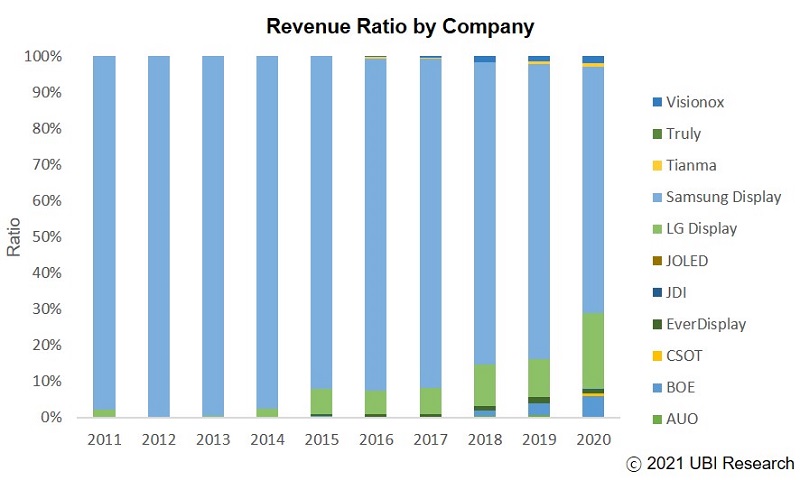