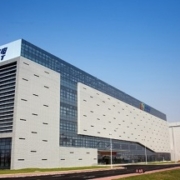 It is said that the CSOT shipment in 2019 was 22.84 million square meters, an increase of 23.8% from the same period last year. Among them, the flexible AMOLED T4 plant achieved the first stage of mass production in the fourth quarter of last year. CSOT expects that flexible products will be mass-produced within this year and will enter the market in large quantities.

At the same time, the spread of next-generation display technologies and materials is also strengthening. In 2019, the company invested 5.46 billion yuan in R&D and applied for 2,752 PCT international patent applications

The cumulative number of patents is 11,261, covering countries such as Europe, the United States, and Korea.

Even in the small and medium sized area, TCL’s LTPS production line yield and quality have already reached the international level, and the market share of Incell/COF/Blind hole products is steadily increasing. Therefore, it is said that Off Screen/In Screen fingerprint technology is also actively developing.

TCL Technology, which focuses on premium flexible AMOLED, is focusing on premium technologies such as UDC technology and foldable.

Will Dowooinsys expand UTG lines to prepare for the foldable phone market?