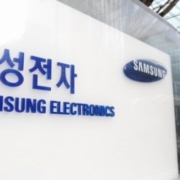 Samsung Electronics announced that they recorded sales of 7.42 trillion won and operating profit of 1.34 trillion won in display business through 4Q 2016 having been progressed on the 24th. This company recorded large scale surplus that exceeded continuous 1 trillion won for two consecutive quarters following last 3Q.

According to Samsung Electronics, this company says that sales has been increased and cost-improving activities were continued through customer diversification in case of 4Q 2016, and also sales volume of OLED panel was increased to a small extent compared to previous quarters. Sales price strength has been continued in demand-supply stability in case of LDC business, and they reveal that business results have been improved indebting to sales increase of high value-added products such as UHD/large size etc. together with yield/cost betterment. In case of TV panel sales, the volume was decreased a little compared to previous quarters from its quantity and areas all together.

Samsung Electronics lights up a business schedule that they will propel growth compared to previous year by expanding exterior supplies of high-end products including Flexible etc. based on technology leadership and securing capacity of Samsung Electronics in 2017 OLED business. They estimate that needs on high value-added Flexible will be greatly expanded according to form-factor innovation of Smartphone.
Besides, they convey their words such like constant increases of China companies’ capacity in LCD business and deepened competition between companies have been made, but they will endeavor to sustain stable profitability through expansion of product sales and design differentiation including Frameless and Curved while strengthening competitiveness of high value-added products including UHD/large size etc.

Samsung Electronics executed 25.5 trillion won in facility investment, and 9.8 trillion won was invested to display business, and also 2017 investment volume of facilities was not fixed yet.

They disclose schedules of propelling sales increase by positively responding to needs of client products according to increasing OLED adaptation by main Smartphone clients in OLED business in the first quarter, and also carry forward performance enhancement through P-Mix efficiency. Though demand decrease of LCD business is estimated owing to entering off-season, tight supply-demand looks to be continued, and they delivers their words like they will devote securing profitability through expanding high value-added product sale and constant boosting of cost competitiveness.
Thus, Samsung Electronics lights up that they will secure profitability by expanding high value-added products such as UHD/ large size/Curved etc.

In 2016 Q4, Samsung Electronics recorded sales of 90 million cellular phones and 8 million tablets, and they forecast that sales of cellular phones will be increased in the first quarter compared to previous quarter, and sales of tablet will be decreased. They explain that sales of LCD TV recorded 16 million TV, and 40% was decreased by influences of seasonal reason in the first quarter, but one-digit growth of early stage is expected annually.

On the other hand, they say that Samsung Electronics does not consider additional disclosure of LCD production line at now while explaining that closure of L7-1 (LCD) line end of last year was not related to Sharp as a matter of willing to do OLED switch before supply stop of Sharp according to Samsung Electronics. In relation with OLED capability, they deliver policy of willing to secure it according to market and customer needs.

All about OLED in one place, UBI Research, ‘3rd OLED KOREA Conference’ will...