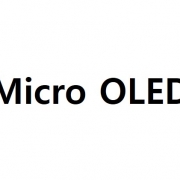 According to China’s Fujian Daily, a large-scale investment agreement has been recently signed in Quanzhou, China. According to the contents of the agreement, the contents of various agreements including the Micro OLED project, high-purity electronic materials, lithium hexafluorophosphate project, China Datang 5G Southeast Industrial Base project, and integrated circuit start-up investment fund business are included. It consists of high-tech IT industries such as manufacturing, digital economy, and financial services.

It is known that Quanzhou City’s Micro OLED project is planned to divide the total of 4.33 billion yuan into two stages. The first phase of the project is to invest 667 million yuan and build one micro OLED module test production line on a 5000 square meter site. The monthly production capacity is 1 million units (basic size 8 inches), and the production of 100,000 modules is completed on an annual basis. It is estimated that the annual output of the resulting production will reach 350 million yuan. The second phase, which is in progress, is 3.7 billion yuan. One Micro OLED plant is built and the monthly production capacity is 15,000 sheets (12 inches of substrate size), and one Micro OLED plant will be produced to produce 20 million consumer electronics modules.

According to the breaking news reported earlier, the Micro OLED project was also announced at the concentrating cloud contract of Qianzhou City’s major project in 2020, held by the City Hall of Quanzhou on March 19th. At the time, the event was conducted in the form of’meeting site + online linkage of investment destinations’. Vice Minister Wang Yafu of County, Quanzhou City, signed the Huidong Industrial Park Micro OLED business, investing a total of 4.35 billion won with Chairman Wu Wen Tian of 福建恒煦实业有限公司 on behalf of the current government.