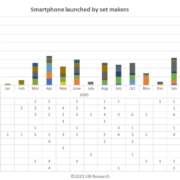 Despite the ongoing Corona-19 situation and the US government’s sanctions on Huawei, the adoption of OLED by Chinese smartphone makers is gradually increasing.

In the “Chinese OLED Trend Report for 2021” published by UBI Research, the OLED-equipped smartphone, TV, and watch industries produced in China were analyzed, and technology development/investment trends and market performance of OLED panel makers were analyzed. In addition, the size of the light emitting material and component material market used by Chinese OLED panel makers was analyzed and summarized.

57 types of OLED smartphones released in the first quarter of 2021 were counted. This number is more than double the number of 27 species in the same quarter last year. This is because Chinese smartphone makers such as Oppo, Vivo, and Xiaomi have mass-released new OLED smartphones to occupy Huawei’s smartphone market. 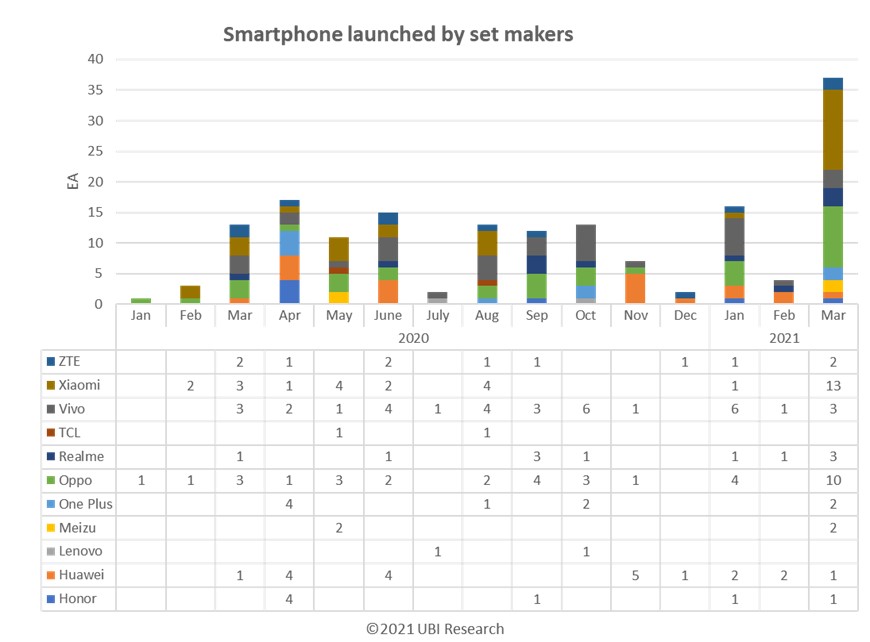 The OLED market by Chinese panel makers is also growing explosively due to the active use of OLED by Chinese smartphone makers. In the first quarter of 2021, OLED sales for smartphones were counted at 990 million dollars, which increased by 38.3% compared to the same quarter of 2020 (YoY). The reason for the rapid growth of OLED sales is the increase in selling prices as OLEDs produced by Chinese panel makers move from low resolution to high resolution. 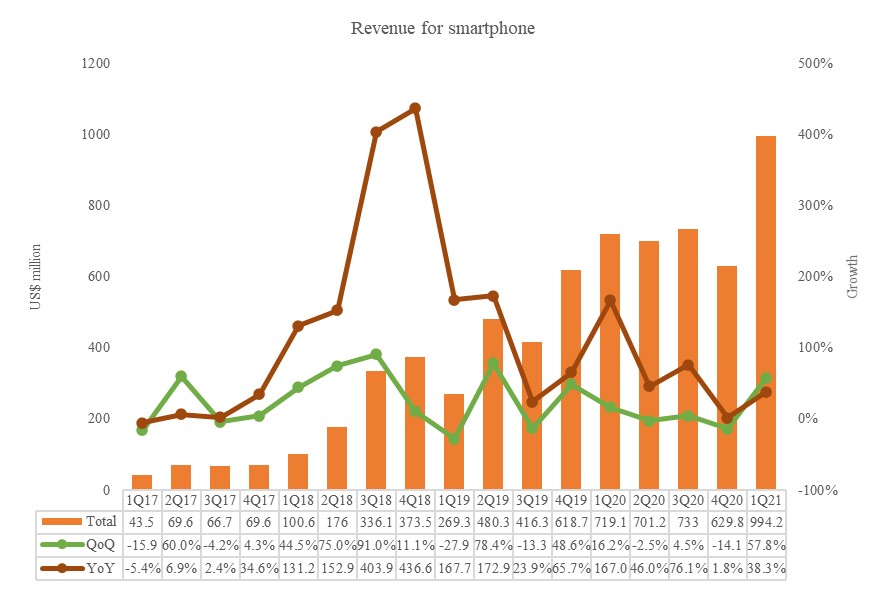 The amount of light emitting materials used by Chinese panel makers has not seen a significant increase yet. In the meantime, production was low due to low yield due to low production technology, but now production is increasing even with the same amount of material used. In 2020, 13.8 tons of luminescent material was used. 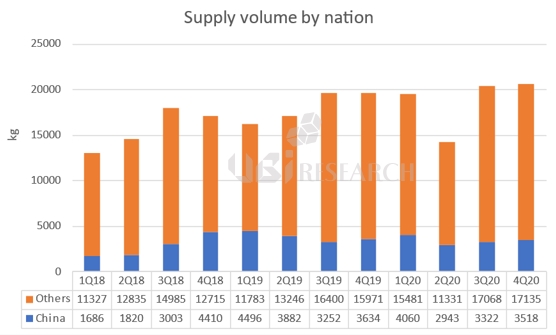 Medium and large-sized OLED performance and forecast in the first quarter of...
Scroll to top