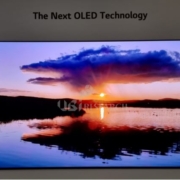 2As Samsung Display’s QD-OLED begins to be applied to TVs and monitors in earnest in 2022, technological changes are being detected for LG Display’s WRGB OLED, which has been leading the large OLED market.

Since 2022, LG Display has stopped producing WBC panels from its Paju line and has been producing ‘OLED.EX’ panels with deuterium substitution technology applied additionally to green of WBE produced in Guangzhou. 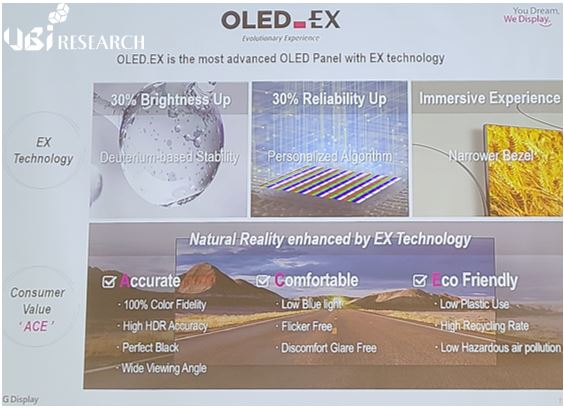 <Photo of OLED.EX presented by LG Display at the 2022 OLED Korea Conference>

Lastly, it is known that LG Display is developing a structure in which yellow green is removed from WRGB OLED. By eliminating yellow green, material and processing costs can be saved, and color gamut is expected to be improved.

Attention is paid to how LG Display’s WRGB OLED will evolve to compete against QD-OLED. 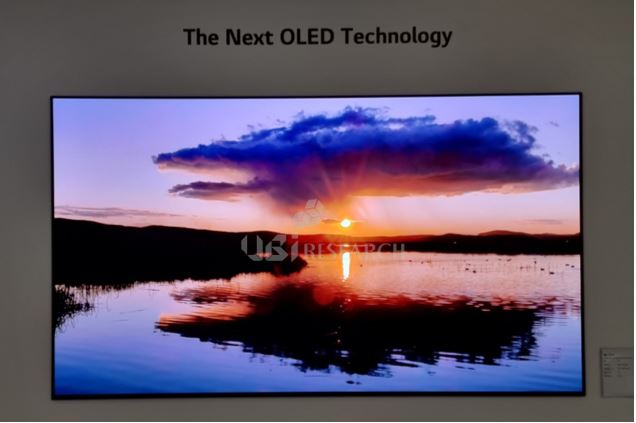