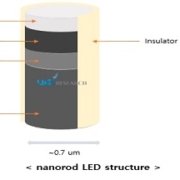 The contents described in this report were selected from the 41 patents published, which are considered to be used for QNED manufacturing, and are constructed by qualitative analysis.

As a result of analyzing the published patent, the QNED structure was formed of TFT, pixel, and QD (quantum dot) -CF (color filter). In the published patent, all TFT structures are depicted as 2Tr (transistor), but it is estimated that a 3Tr1C structure will be used because at least three TFTs for current driving are required. The pixels consisted of nanorod LEDs, electrodes, and optical structures to increase light efficiency.

The nanorod LED used for QNED manufacturing is made of GaN and emits blue light, and the size is <1um x 10um. In order to increase the alignment effect of the nanorod LEDs and reduce process defects, the nanorod LED surface appears to be treated with an insulating film and an orientation radical. 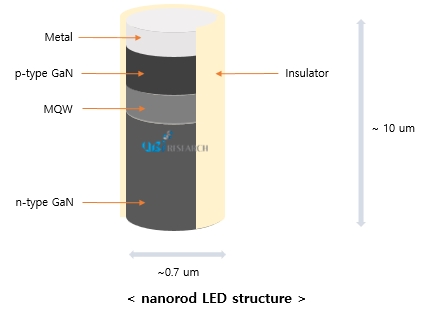 What is the difference between the touch types of each model of iPhone 12?

Samsung’s QNED, will make a sensation in the TV and display markets?
Scroll to top