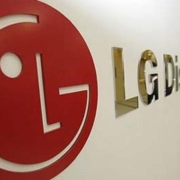 At the 2016 IMID Business Forum held at COEX in Samseong-dong on October 26, 2016 LG Display managing director Kim Gwang-jin announced that the share of OLED TV overtook that of LCD in the North American premium market, and they will put more focus on the premium market.

In addition, he expects to produce 900,000 this year and more than 1.5 million large-size OLED TV panels next year according to the next year’s market forecast, and create such various areas of markets as monitors and signage besides TV.

Meanwhile, this year LG Display made the third investment in large-size OLED panel production line, aiming to run it in the first half of 2017.