Various solutions for high resolution OLED implementation were released at iMiD 2017 held in COEX from October 18th to 19th. As the resolution of small and mid-sized OLEDs, which are currently being commercialized, is staying at the QHD level, the solutions released at this time have attracted a great deal of attention from display members.

First, Hwang Chang-hoon, CEO of OLEDON, who is developing plane source FMM deposition technology, announced at the business forum, “The plane source FMM deposition technology currently being developed is the only alternative for ultra-high resolution OLED manufacturing at 2,250 ppi”. Hwang Chang-hoon CEO said, “We measured the shadow distance using a-step, and it was 0.38 μm. We can fabricate OLED device with 2,250 ppi only if we have this shadow distance.” “We are currently looking for shadow-free process conditions” 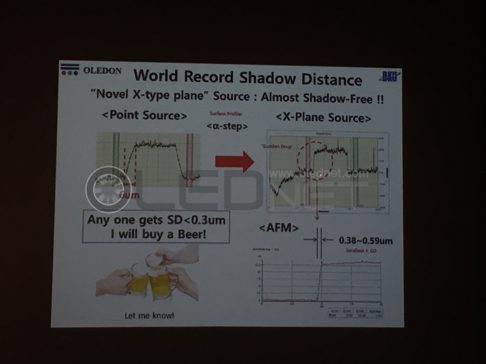 <Difference in shadow distance between point source and plane source>

In addition, Hwang Chang-hoon said, “We first co-deposited the host material and the dopant material on the metal plate to evaporate the deposited green donor thin film and measure the green target thin film with the same PL wavelength for the first time” and “Color control of target thin films made with plate sources can be controlled by the amount of dopant molecules in the donor film, so color control is expected to be easy”. 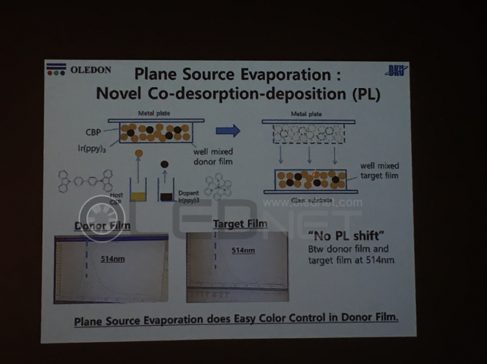 AP Systems, which recently announced the successful development of 1,000 ppi FMM using ultra-short pulse laser (USPL), exhibited 5.28 inch FMM of 825 ppi and 4.72 inch FMM of 677 ppi at this exhibition. A company official said, “By developing a burr-free laser process to solve the burr problem caused by the heat generated during the fabrication process, it is possible to fabricate not only FMM of 1170 ppi but also FMM of various shapes”. Finally, Philoptics unveiled FMMs fabricated using electro forming, especially, FMM of 1,200 ppi, which attracted attention this time, was displayed separately in the VIP room. A company official said “We have secured the stability of the process for the production of 1,200 ppi FMM,” and mentioned “We plan to deliver it to panel makers for testing in the first half of next year, and aim to develop FMM at 2,000 ppi later.” 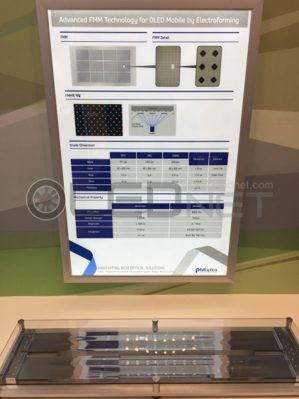 As such, in this iMiD 2017, various solutions for high-resolution patterning of OLEDs has been released. Recently, as the number of contents requiring high-resolution OLED such as virtual reality contents increases, interest of smartphone users are increasingly interested. It is worth noting which solution will enable the small to medium-sized UHD OLED era. 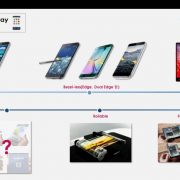 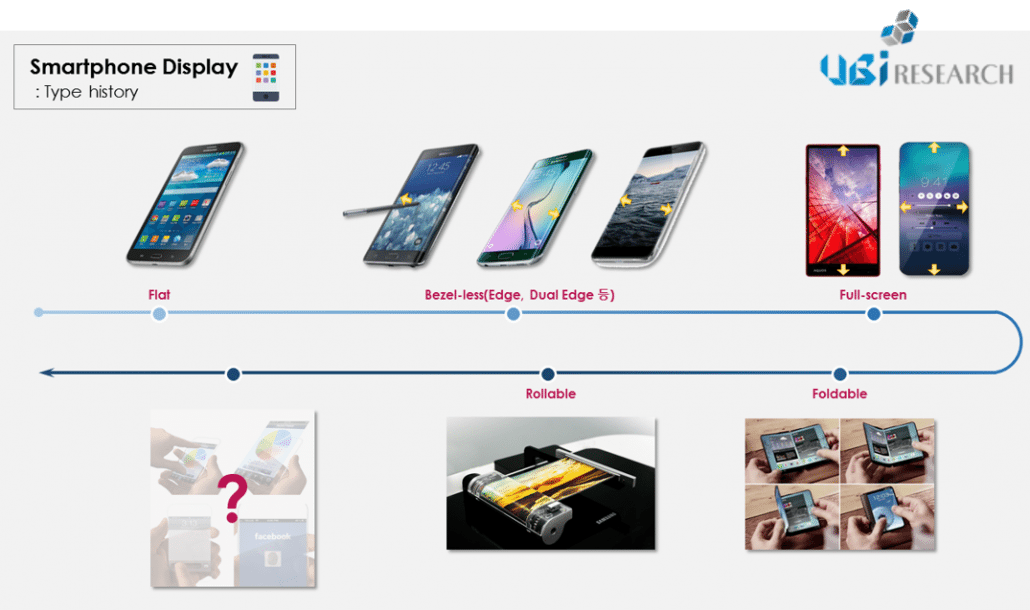 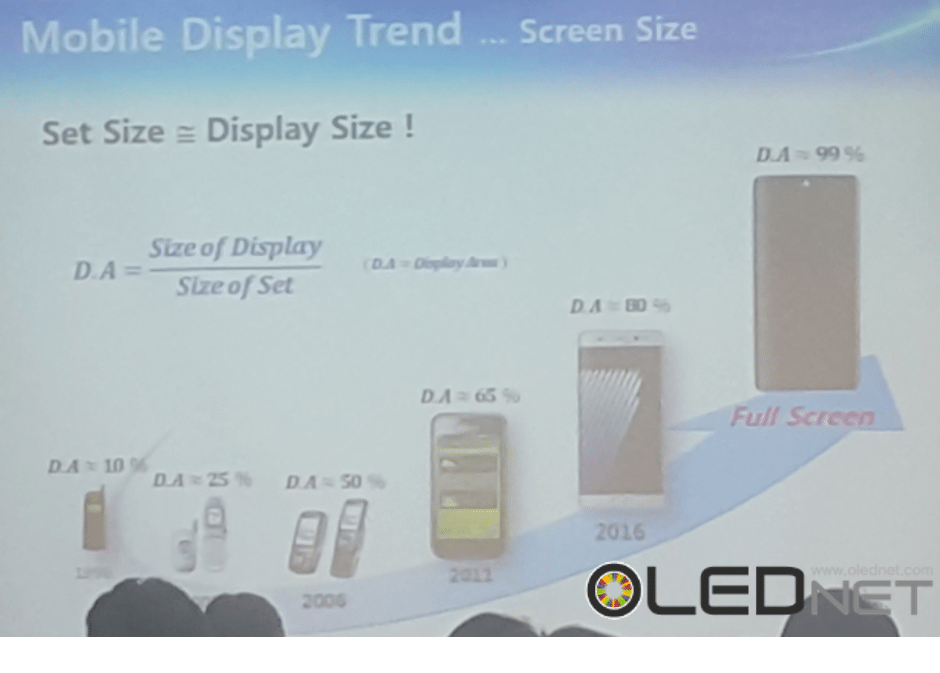 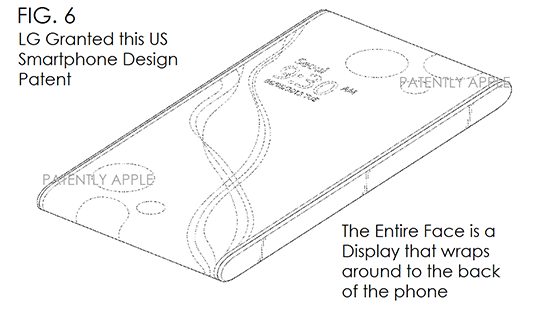 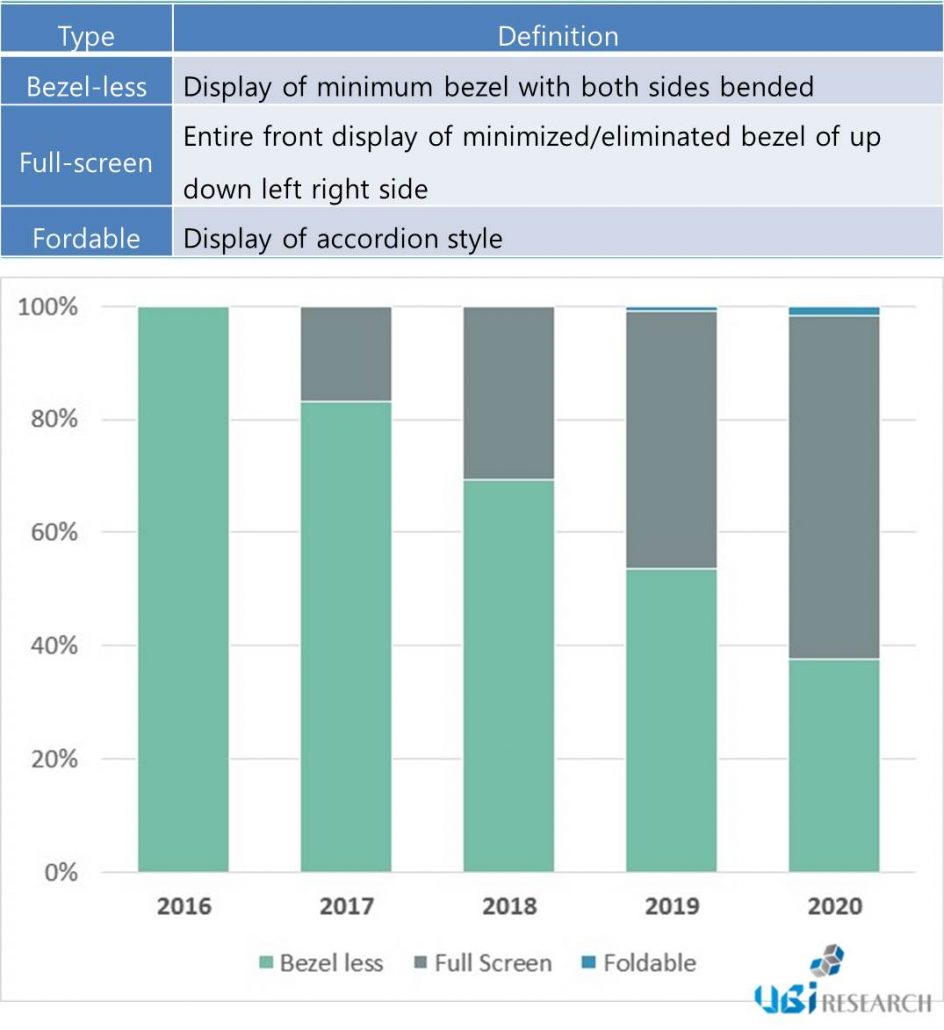 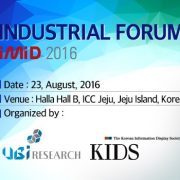 Hyunjoo Kang / jjoo@olednet.com
OLED, that has been rejuvenating TV and smartphone market and receiving attention as the next generation display, is expanding to diverse industries including VR/AR, automotive, and lighting, demonstrating its endless potential. How will the new OLED world will be actualized past the TV and mobile, and how the industry players should react, a place of information sharing opens.
Together with KIDS (Korean Information Display Society), UBI Research is hosting Industrial Forum in IMID 2016 in Jeju ICC (23-24 August). During this event, various experts in the field will discuss OLED’s potential and forecast in diverse industries.
Dokyun Kim, who is leading AR/VR research in Samsung Electronics, is giving a presentation titled ‘Further Growth in Display Industry with VR/AR’ (title TBC). He is expected to discuss the opportunities that growth of VR/AR industry will bring to the display market.
LG Display’s automotive sales and marketing’s Sanghyun An will talk about trend and forecast of automotive display market that is in limelight as OLED’s new market through his presentation ‘Potential Market Growth in Automotive Industry with OLED’ (title TBC).
Furthermore, experts from companies such as Sony, E ink, Aurora Lighting Design, and ALPS will share their insight regarding OLED’s endless potential.
Choong Hoon Yi, of UBI Research that is hosting this event, will also share his thoughts on useful guidelines for utilizing new opportunities in the changing market led by OLED. More information on the IMID Industrial Forum can be found through UBI Research website.
http://en.olednet.com/wp-content/uploads/2016/08/IMId_pop.jpg 350 400 OLEDNET /wp-content/uploads/2015/09/logo_oled.png OLEDNET2016-08-02 09:13:282018-07-11 21:35:03Past OLED, TV∙Mobile, New World for VR∙Automotive…UBI Research Hosts 16th IMID Industrial Forum

Dr. Yang revealed that “if existing vehicles focused on technological factors, future vehicles will evolve entirely centering on the driver, and the automotive display also will develop following this trend”. He also added that the driver’s safety and convenience have to be the priority.

Dr. Yang gave 4 examples of future automotive display. Firstly, he discussed ADAS and their flaws. ADAS (Advanced Driver Assistance Systems) help the driver to operate the vehicle safely. If ADAS can be actualized through displays such as HUD (head-up display), the driver’s safety can be maintained with ease.

The second item mentioned was a function that notifies the driver status reports linked with time and location. Dr. Yang reported that a device needs to be developed that can function in specific situations with sensors and sounds as well as on display.

Dr. Yang forecast that if display, touch technology, and haptic technology are combined and applied to vehicles, operation and feedback will be simpler for the driver. He announced that multi-functional & configuration display will also be introduced which will allow driver to recognize and control.

Audi’s concept vehicle that was presented in IAA 2015 Audi e-tron quattro has full OLED interface and all functions required for the vehicle operation can be controlled via touch display without physical buttons.

As futuristic displays such as these are developed that increases driver’s convenience, the proportion of display within a vehicle is expected to increase, and developed focusing on the driver centered UI (user interface). OLED Display can maximize the driver’s accuracy with fast response rate and high contrast ratio. Along with safety, and design freedom that comes with flexibility, it is suitable for automotive display. However, the linkage with the UI system optimized for the driver is essential rather than performance of the display panel itself; collaboration between display panel companies, and automotive system and peripheral companies is expected to be a major point in early market occupancy between automotive display panel companies. 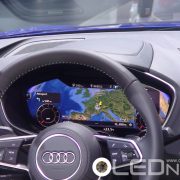 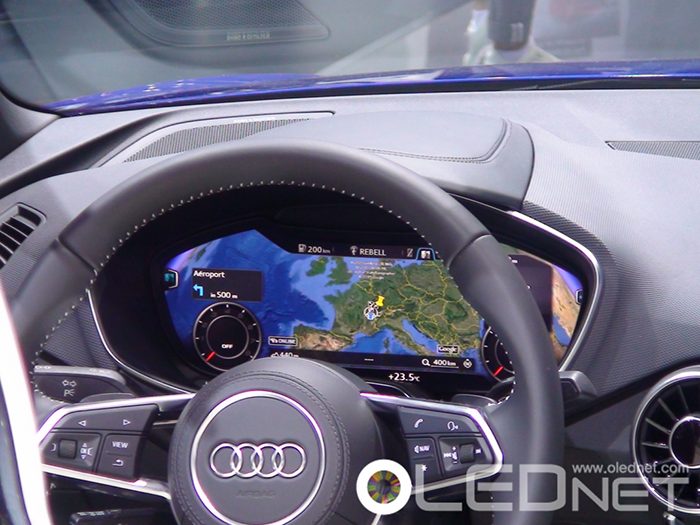 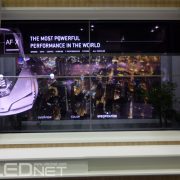 Kim emphasized that in the current large area display panel market LCD and OLED should be approached through different points of view and strategies; LCD requires additional value on top of existing technology and OLED should develop a new market that LCD cannot reach.

Regarding OLED, Kim mentioned transparent and mirror OLED display, developed by Samsung Display, as examples and stressed that future display’s worth when switched off will become important. Different from LCD, OLED’s transmittance and emitting areas can be separated and increase the transmittance value above that of LCD; when applied to transparent display, adequate transmittance can be achieved. Additionally, when used as mirror display, OLED’s transmittance and reflectance act independently which makes it more suitable in application compared to LCD where the two act in inverse proportion.

In this IMID Display exhibition, Samsung Display presented 55inch ultra-slim UHD curved TV, transparent, and mirror OLED display simultaneously. It is estimated that Samsung Display will continue their 2-track strategy where they reveal both OLED and LCD in different applications. On October 14, Dong-gun Park, CEO of Samsung Display, announced that they will strive to continue leading the market through unrivaled OLED and LCD technology prowess.